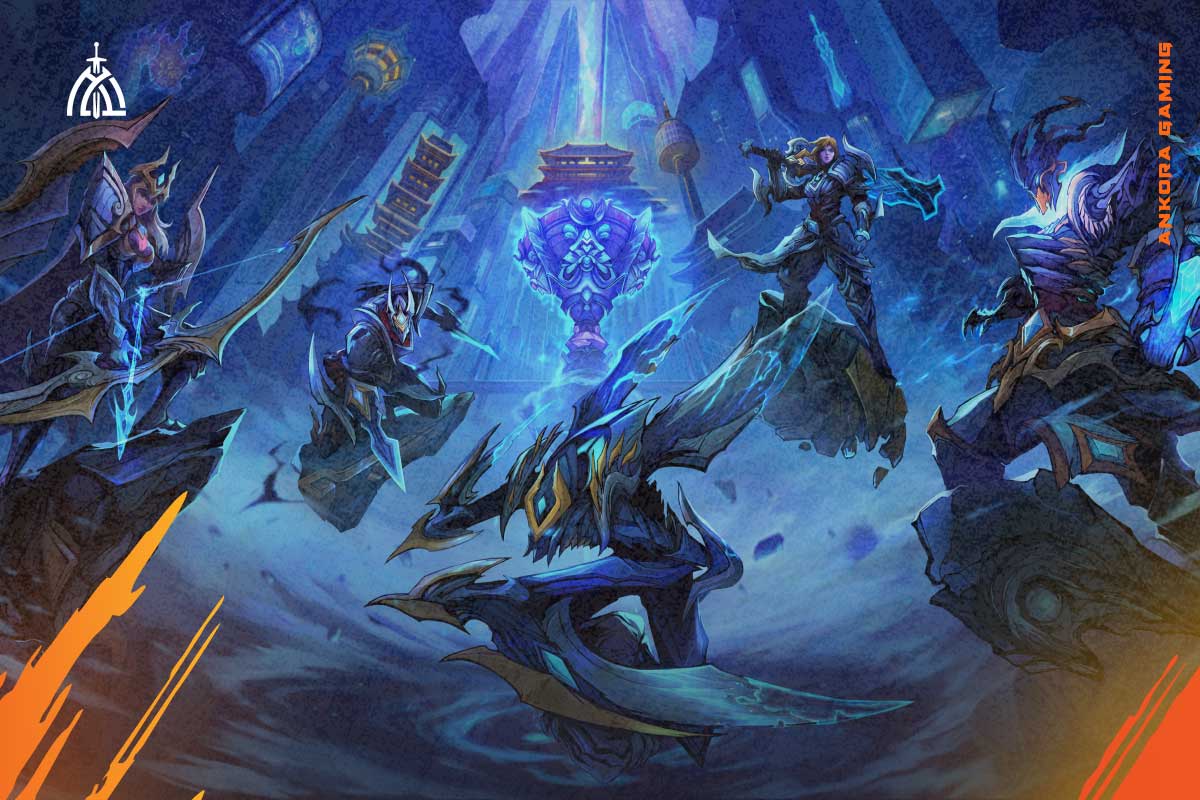 This is a fantastic time to bring EVEN MORE excitement to our plans for League of Legends because Preseason adjustments are only 2 days away. ARAM 2023 will appear slightly different when the PBE server changes later today.

Yes, ARAM gamers, we have a ton of Preseason upgrades planned for you! We’re integrating many permanent mechanisms, including new stat adjustments, falling towers, and hexgates, that should add fresh excitement to one of Runeterra’s most well-liked bridges. These modifications should go into effect between patches 12.22 and 12.23.

Hello, buddies! Here is Riot Maxw3ll, the new Design Lead for the League Modes Team. The Modes team is in charge of more than just the recurring Rotating Game Modes; we are also in charge of modes like ARAM. We recently revisited ARAM and how we support it because it has been quite some time. Along with all the excellent new map features, we’re also adding a few new balance tweaks and levers that will help make playing as and competing against some of the challenging ARAM champions more enjoyable.

We’ll be updating the following ARAM mechanics along with the map changes on 12.23:

Generally speaking, these effects aim to lessen some of the more annoying aspects of ARAM.

These effects aim to lessen some of the more annoying aspects of ARAM. The super-long poke of your resident AP Kai’Sa will be somewhat lessened, and ADCs will need an easier way to heal back to complete after a wave clears.

The Modes team recently developed specific stat modifier balance levers (such as overall lowered damage) that might be used to balance a sizable roster of champions. Although they have been helpful tools, these levers must balance all our ARAM-issue children. For instance, numerous assassins need significant damage buffs to stay viable, and numerous enchanter characters require the efficacy of their healing spells to be decreased.

To have a little more nuance in balancing these champions, we decided to expand our toolkit rather than throw out the system that was working for most of the cast. The specific champion balance changes included in patch 12.22 are listed below.  We are making these adjustments individually so that we may see how they affect ARAM balance and take further action as necessary. As we need more specialized solutions in the future, you might notice additional new levers emerge, but for the time being, we’re concentrating on three key areas:

The management of Energy is intended to be used for quick engages and escapes against energy-consuming champions, but in ARAM, the battle never ends. We’re adding the following to make these characters’ patterns a little more approachable and conducive to team fighting:

Tenacity: If you lose to a single CC spell during ARAM, it’s an awful time. Some of our squishier melee fighters will receive increased tenacity to withstand CC quickly.

Only one submission this time for Ashe, our beloved Freljordian who likes to spam arrows. She hasn’t reacted much when we reduce her damage because of her ability to gain Imperial Mandate and simply spam Volley to slow down the entire team. We are explicitly nerfing her Ability Haste to limit how frequently she can cast her team-wide slow and mark spell.

-20 Ability Haste will be applied to Ashe in ARAM.

The balance modifications have only just begun! Just a quick note: Since these are brand-new balance levers, we anticipate some turbulence. However, going forward, we’ll be analyzing the impact these changes have on these champions and taking that into account for future balance adjustments. Long-term champion balance is our aim so players can enjoy each champion’s distinct fantasy.

ARAM is most enjoyable when you and your team are grouped together, taking on your opponents, patiently taking them out with pokes, practicing wombo combos, or just playing a chaotic 5v5. We’re introducing Hexgates to the Howling Abyss to make it easier for players to participate in these battles for a more extended period of time.

You can teleport from your Nexus to your outside tower using hexgates, which are available from the start of the game. The Hexgate will link to your team’s inhibitor tower once your initial tower is destroyed, staying there for the game and allowing for some entertaining flanking moves or wild back doors for your team. And you can use the Hexgate of your adversary. 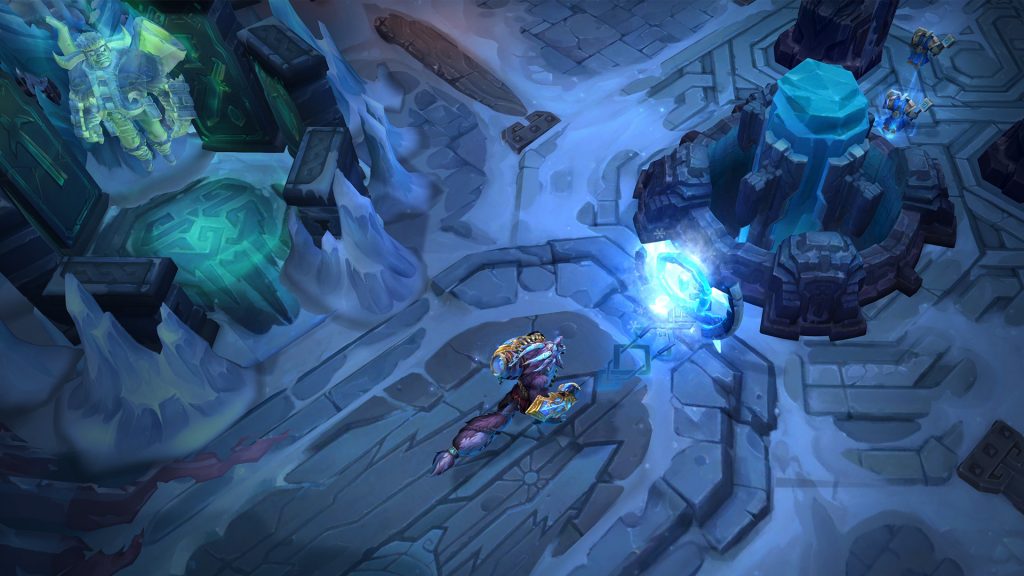 If you’ve ever peered into the Howling Abyss off the map, you might have noticed that some of the bridge has fallen off due to the boisterous tourists fighting on top of it. The towers are starting to age, and the bridge isn’t becoming any younger or more vigorous.

As a result of this upgrade, anytime a tower is demolished, it will crumble and leave behind a mountain of debris considered new terrain. With falling towers, we plan to alter the traditional straight line of ARAM to more fascinating circumstances on the map. You can now explore the landscape and conceive new choke points to create fresh plays!

Howling Abyss’ guardians have recently taken up gardening. They managed to grow the pixel brush between towers a little bit, and they have one brand-new BRUSH to show for their efforts despite the challenges of growing plants in the arctic! This is not the canon brush background, as noted by the author. This bush, on the bridge’s lower side, is just big enough for a team of five people. Now that you are on the other side of the bridge, you can do all that brushes allow you to accomplish.

Updates on Quality of Life

We’re also making minor quality-of-life improvements to the ARAM champ selection procedure! You’ll be able to see who on your team bought a Battle Boost for each player going forward, so be sure to thank them!

Additionally, we’ll restrict battle boosts to prevent “last-second” boosts and allow players to choose the skin they prefer to use while playing. We appreciate the Battle Boost on behalf of all ARAM players, but sometimes we just want to use a specific skin.

We’re also adding another helpful feature to Champ Select: the ability to see which champions will award you with a Hextech Chest if you reach S rank. Now you have yet another excuse to try out some champions.

Our final Clash of the year will be held on Howling Abyss as a special thank you to all ARAM participants! This Clash will include an 8-team bracket with free entry and three matches for each team. Use all of your two rerolls, which are given to each player per game.

On December 5, registration for this unique, amusing Clash will open, and the tournament dates—December 10 and 11—will follow.

Make sure to mark your calendars because participants will receive an exclusive, limited-time ARAM clash icon! 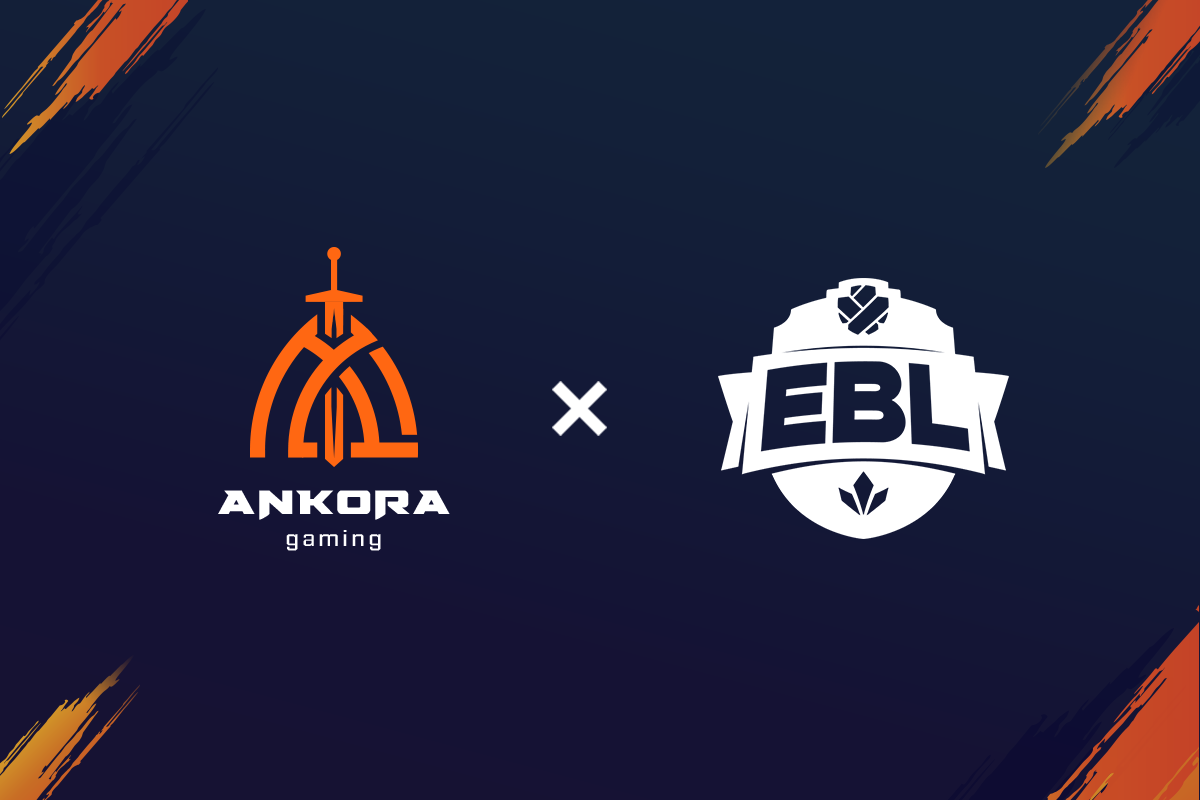 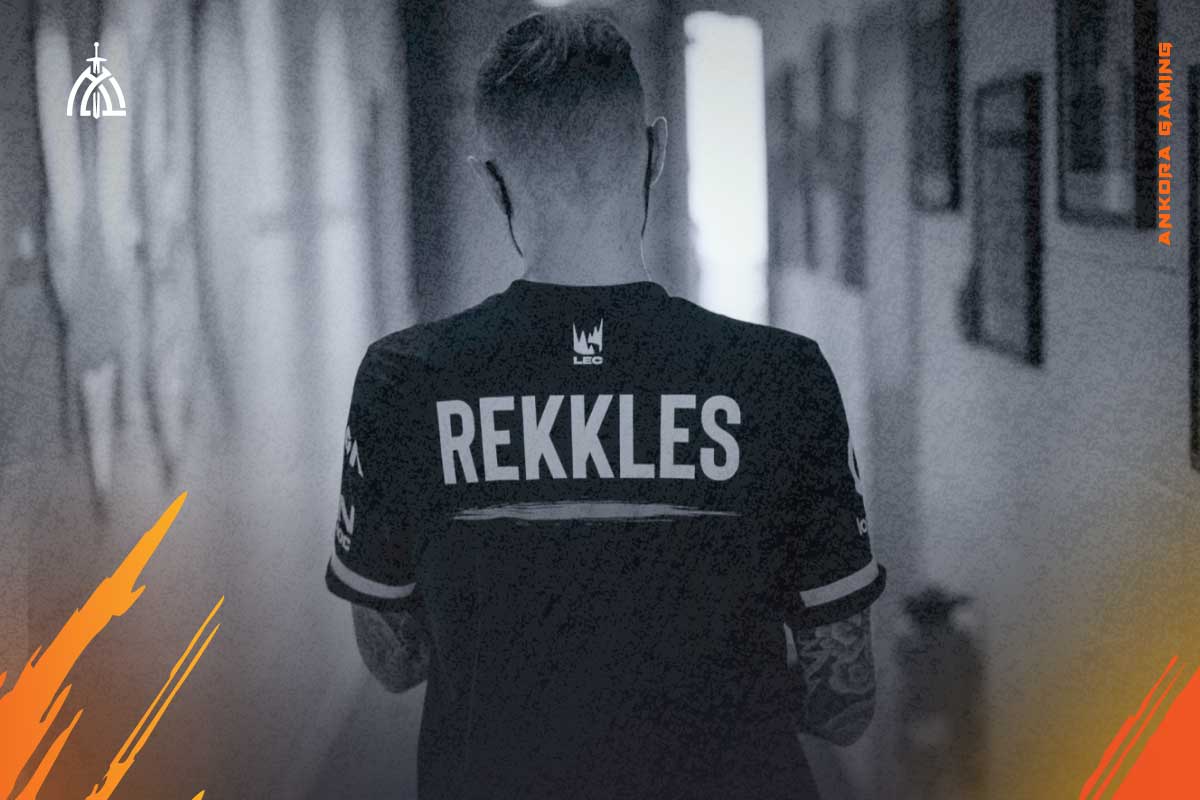